These images archive a public celebration of Samhain (Hallowe’en) in Paganistan (the greater Minneapolis-St. Paul area). This particular holiday represents the ending of the year as we head into the darkness of Winter Solstice, and is traditionally thought of as a time when the “veil” between the worlds of the living and the dead grows thin.

Samhain rituals often incorporate contact with the Otherworld of the Dead/Ancestors/Fae, and/or with ancestral traditions in some fashion. In 2011, ritualist Frater Barrabas, staged an experiential Samhain that combined a mise-en-scene designed around Saint-Saens’ composition, Danse Macabre, with a Journey to the Underworld. There we encountered the King and Queen of Death, lead by a Psychopomp (Guide of Souls), played by myself. I did the makeup for King Death. Frater Barrabas played the role of “Master of Ceremonies” ( shown below with dice, and with a “Crow Sorceress”), 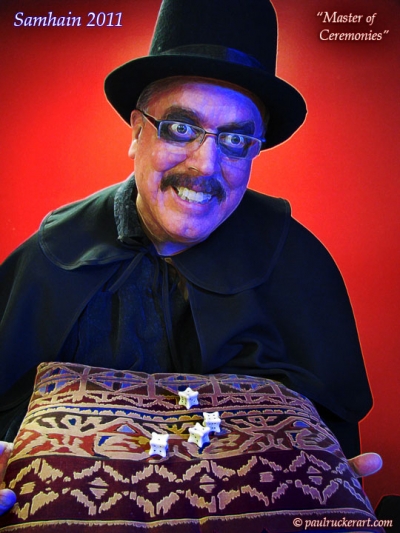 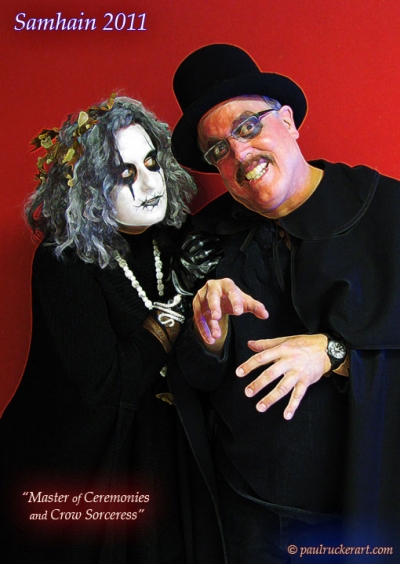 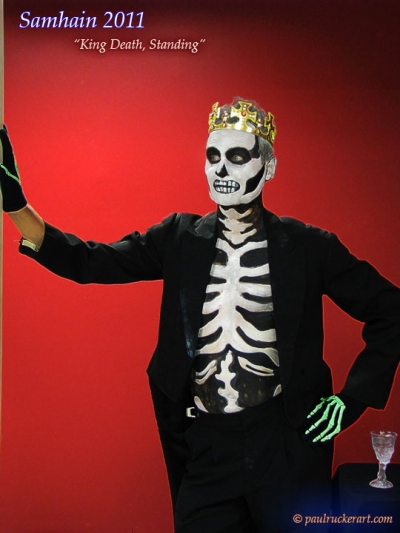 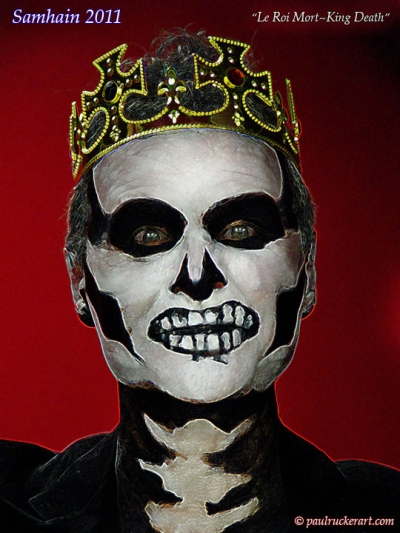 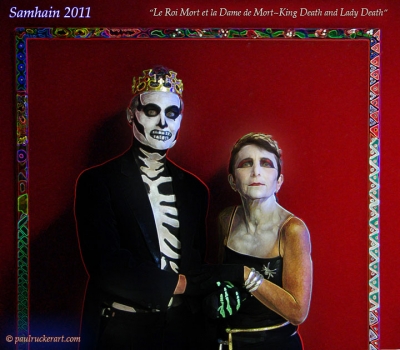 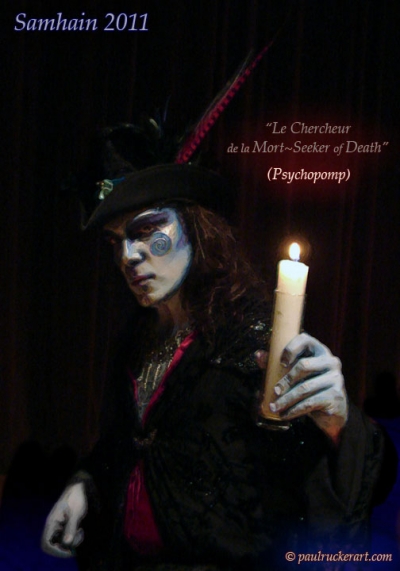 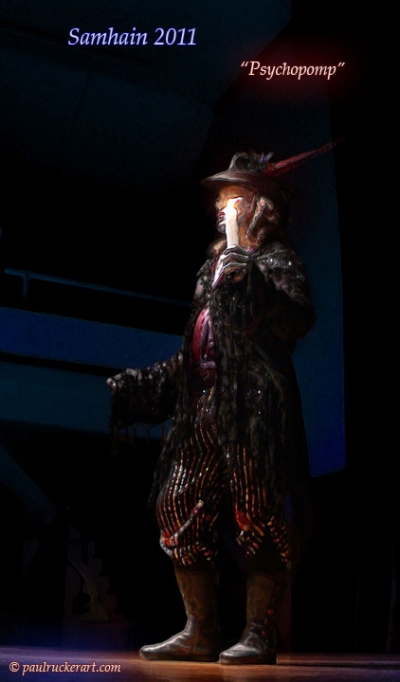 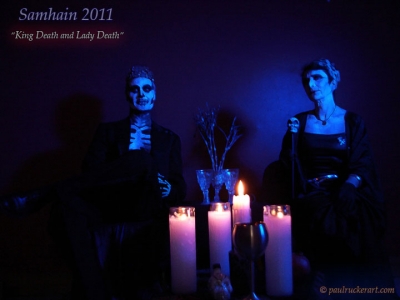 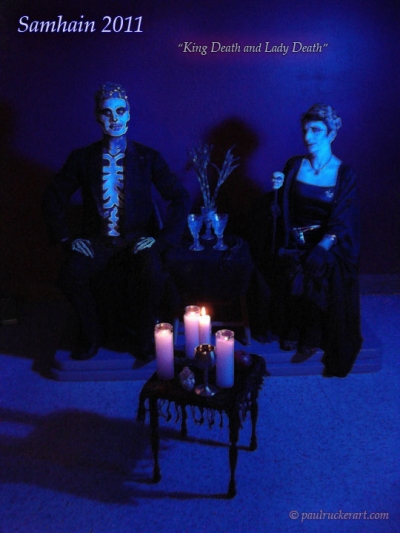 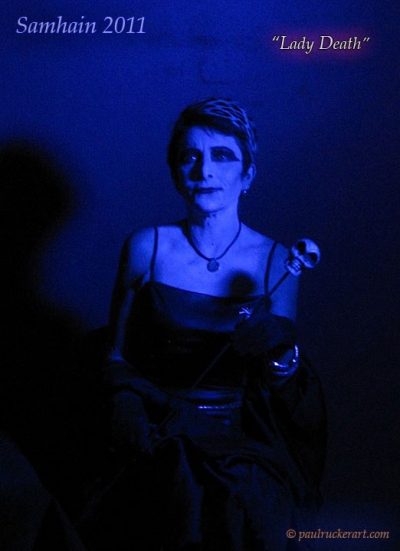 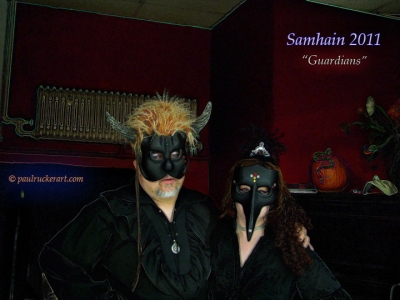