The “Rite of Three Bredes” that was staged for a public celebration of Oimelc (Imbolc or Candlemas) in Paganistan (the greater Minneapolis-St. Paul area) in 2010 was so popular, it was restaged in 2011 by a new ritual director who added new elements to the ritual, such as an “offering to the sacred fire” of the Goddesses: of birch boughs that had been blessed by all present. A gathering of musicians from the community brought the pitch of ecstatic worship to new heights from the year before.

“Brede” is an alternate spelling of “Brigid”, the Celtic Goddess/Saint to whom this holiday (February 1) is sacred. Brede brings light and warmth and the promise of Spring at the end of winter.

Many years ago, I saw Brede incarnated in the body of a single woman wearing a crown of candles: the first (true) “Drawing Down” I had ever witnessed. From this experience I generated a drawing– then a painting– then many years later, a ritual in which the Goddess manifested in a triple form in the three traditional Goddess colors: white, red and black. And again, three women of the community became Her avatars that evening, offering new fire, and milk and honey, to the people gathered that night. 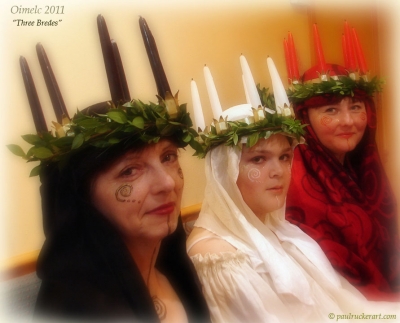 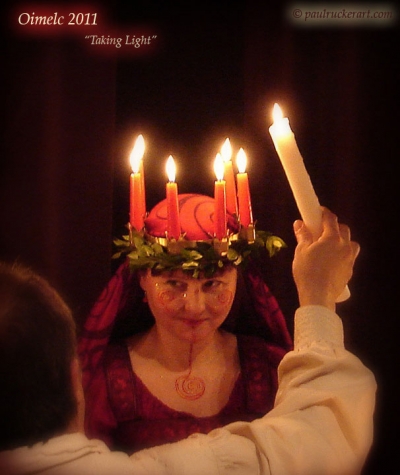 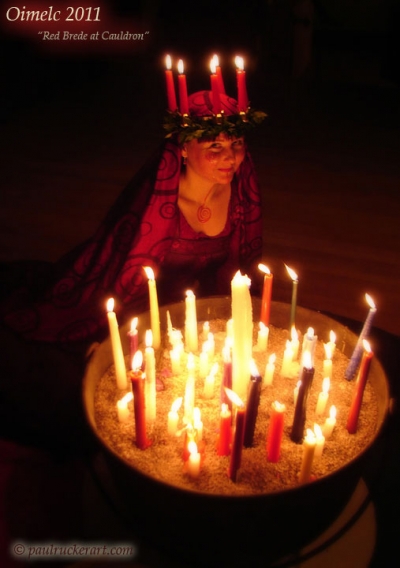 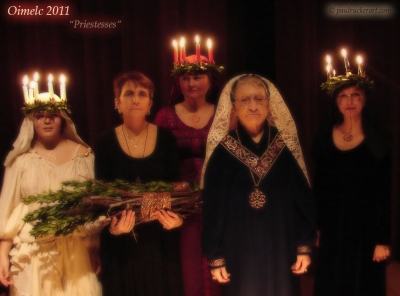 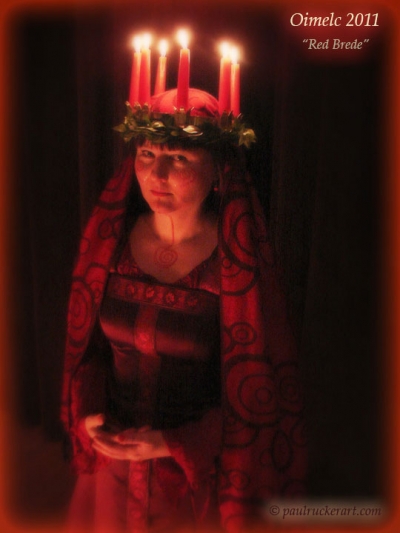