“Rucker’s art could be described as colorful bursts of insight into the mind of a creative genius that has connections to forces outside of the physical world. “

Every aspect of my costume had been prepared for months ahead of time– the leather jacket hand-painted to look like an energetic force of nature,  the headdress assembled from black stretch velvet, peacock feathers, gilded flowers, and an eviscerated bellydance belt. and with my face and hands painted by myself– ribbons of pure jewel color over a surface of seamless black. I felt like an ambassador from another world.

As one attendant put it: “The fascination of this sight was like discovering a never-before-seen mythological species. Like a multi-colored hallucination, Paul emerged as if stepping out of one of his paintings.” 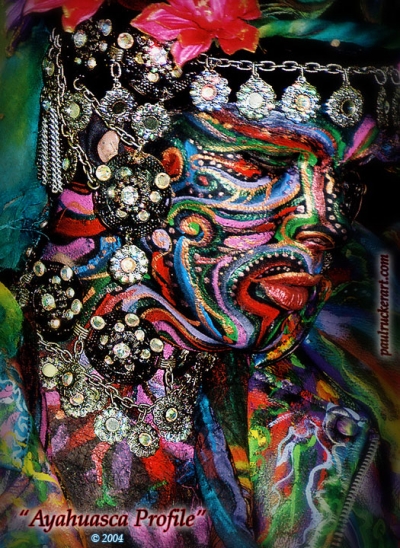 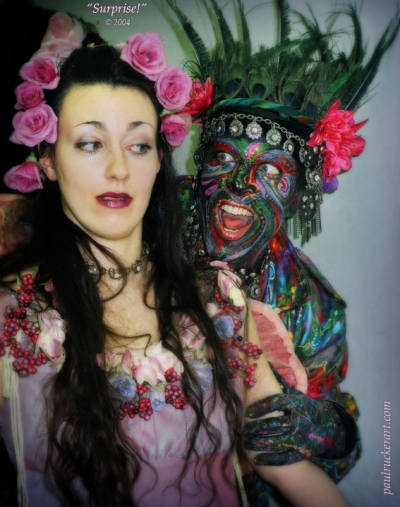