The Horned God/Man who is to be found in multiple forms of trans-European Pagan imagery is depicted as if in a dream, where his features cannot be seen. Stephen’s face was painted black, feathering down onto his shoulders, with netting to obscure his hairline, and a headdress of strange black horns. There is no other makeup on him. I brought him to the same sandstone cavern where I had photographed Bashir; some photos were taken during daylight and some after dark, when candles and torch could be added.

Though dreamlike and archaic seeming, these images were nonetheless concocted in a contemporary location on the Mississippi River in the 21st century, with digital media. 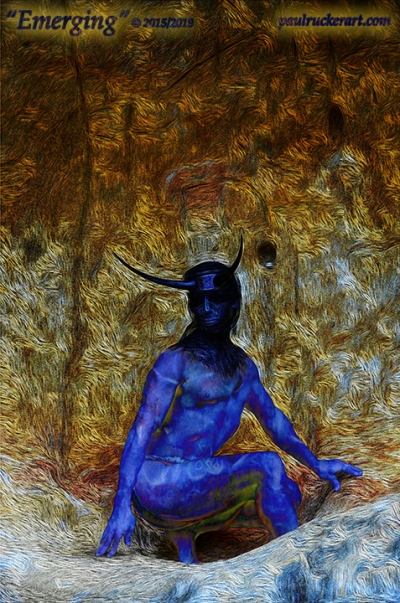 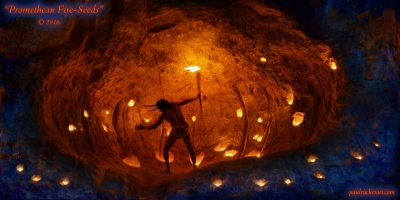