For the presentation of this character in Faerieworlds in 2007 (my last year living in Oregon), I added a lace parasol which I had painted by hand and a peacock feather fan, as well as iridescent black pantaloons and more feathers in my hat! The more I inhabited this character, the more I enjoyed the reactions I got from mingling with the people and posing for photographs.

Every year that I have staged this character, I have been photographed by at least one of the pro photographers working for the show, and have seen images of myself used later in promotional material for Faerieworlds. In 2007 I was photographed by Pixie in a secret garden, and also by Kyer Wiltshire while on the main grounds. When I came back to live in Minneapolis in July 2008, I discovered that Kyer’s image of me (second from last, smiling with parasol) had been used to accompany the description of Faerieworlds in a feature on “Unconventions” (unusual festivals) in MAXIM magazine. (In 2009, Kyer included one of his head shots of me in a lush monograph of his festival photography called TRIBAL REVIVAL.)

Somewhere around that time I saw another person’s Flickr photo of me on the grounds— and their comment was “He reminded me of Oscar Wilde. Only blue.” 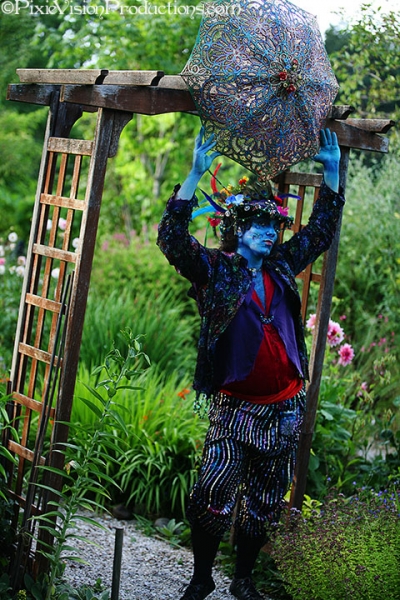 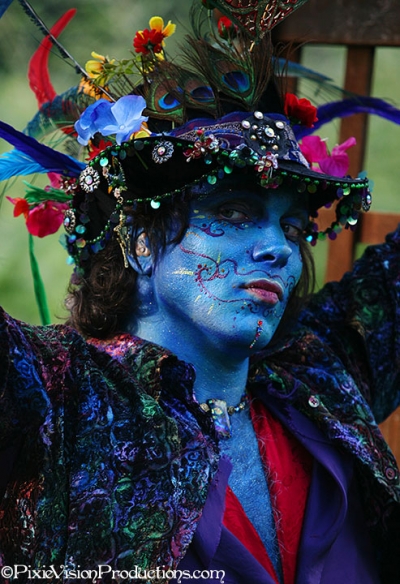 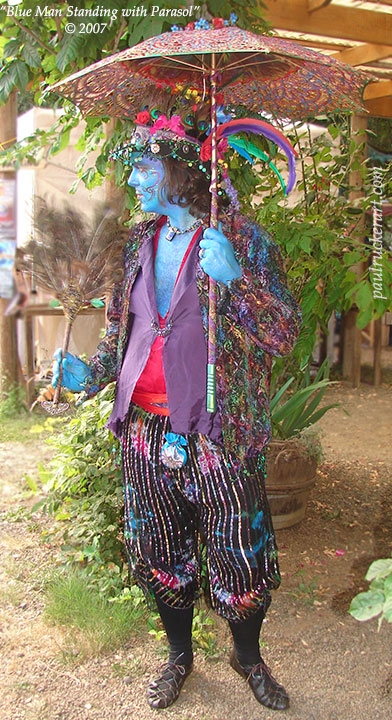 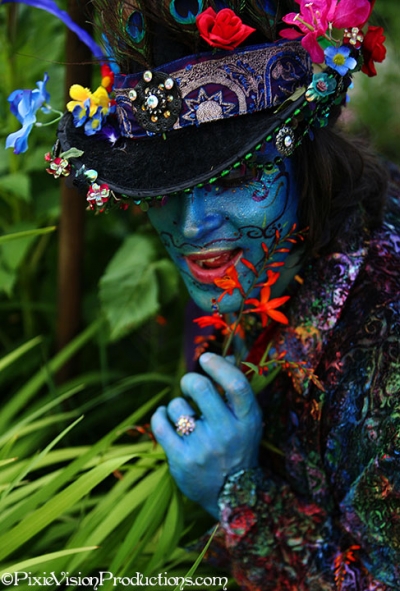 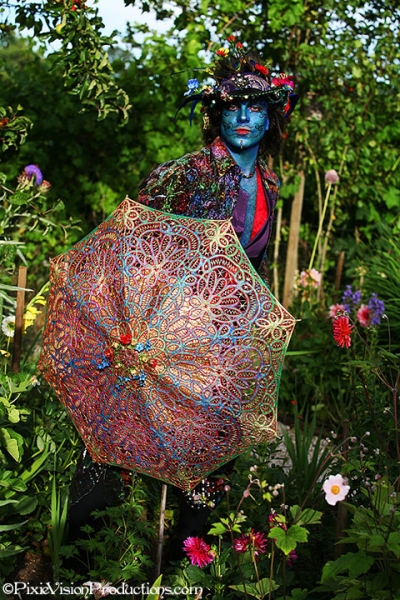 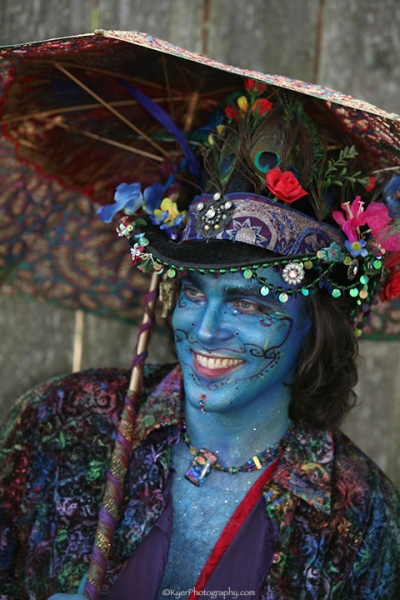 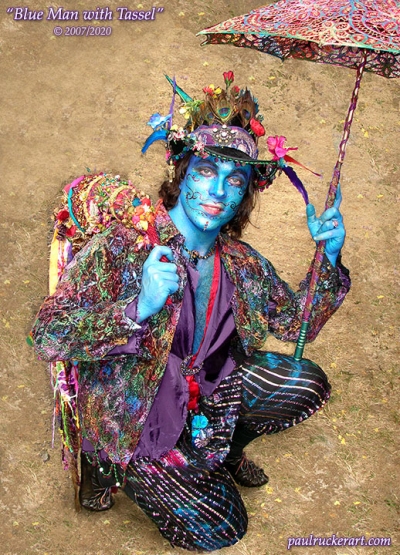