A fantasy novel in which “goblins” pass between shadows for magical travel and are stained blue by this passage gave me the idea to interpret this image with a live model. I envisioned Bashir as a walker between shadows and edges at the borders of man’s world, on a walkabout for purposes of his own, possibly to reclaim and re-enlarge the boundaries of faery. I photographed him in several locations, of which the most interesting was a carved sandstone cavern at the convergence of the Mississippi and Minnesota rivers in Minneapolis. At night, lit with candles, it set a mysterious tableau for Bashir, who is holding both a torch and a metallic wand that resembles some kind of mysterious key. 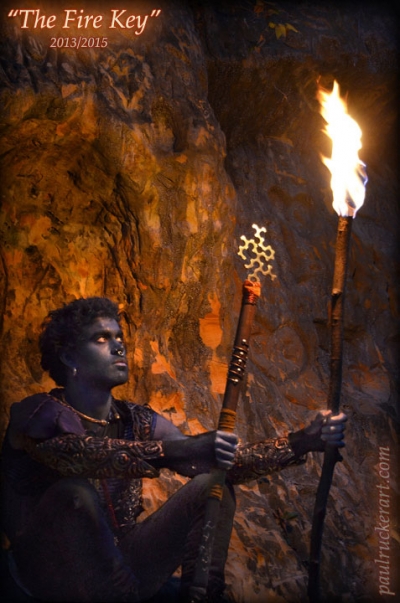