I came back to Oregon from Minneapolis one more time (to date) to present my Blue Man character again. By this time, Faerieworlds had moved to the Eugene, OR area and was being held in August. The temperatures were breaking through the mid-100s, so I only did the character for one day. After the three hours or so that it takes to do the face and hand painting, my friend with whom I was attending and I left for the festival around 4 p.m. It was curiously depopulated because of the heat, and I myself only lasted 4 hours until I had to take the makeup and outfit off.

(But I did find the pro photographer for that year, Byron Dazey, and he got a few good shots: one of me smiling in front of the iridescent Faerieworlds banner, while caught in a long ray of the setting sun, did wind up getting used for promo materials later on. Scroll down on this page to see the image.)

My only photo in this gallery from the Faerieworlds location proper is the last one– where I am posing with my handmade peacock feather fan against the multicolored cloth drapings. The previous images are from the Oregon coast, where my friends lived— we went to a few nature preserves in the area and took several on-location images in an environment well over 30 degrees cooler than the festival! 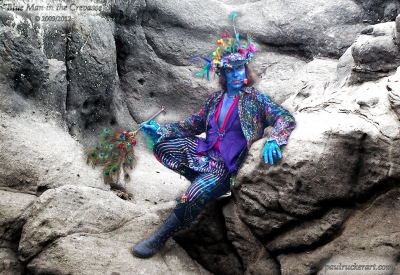 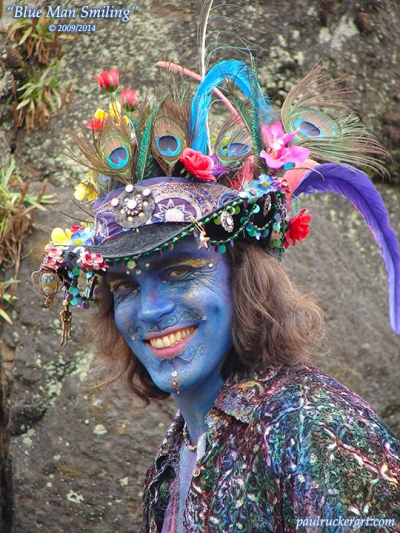 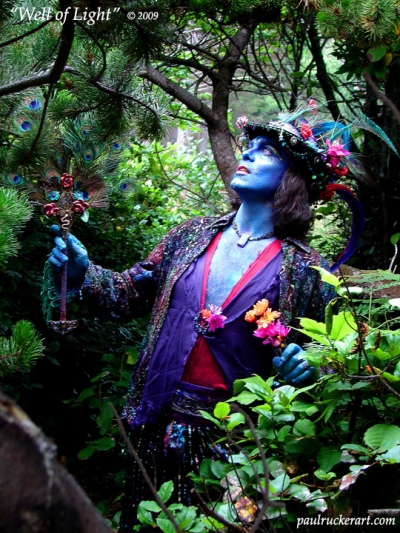 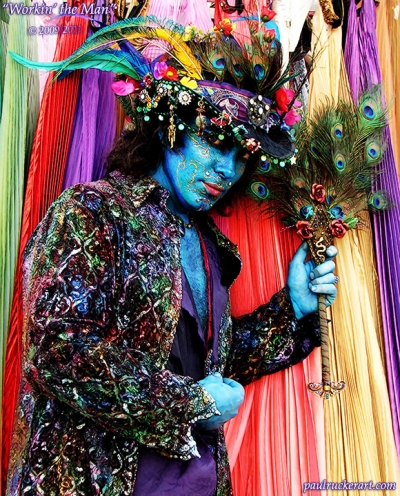